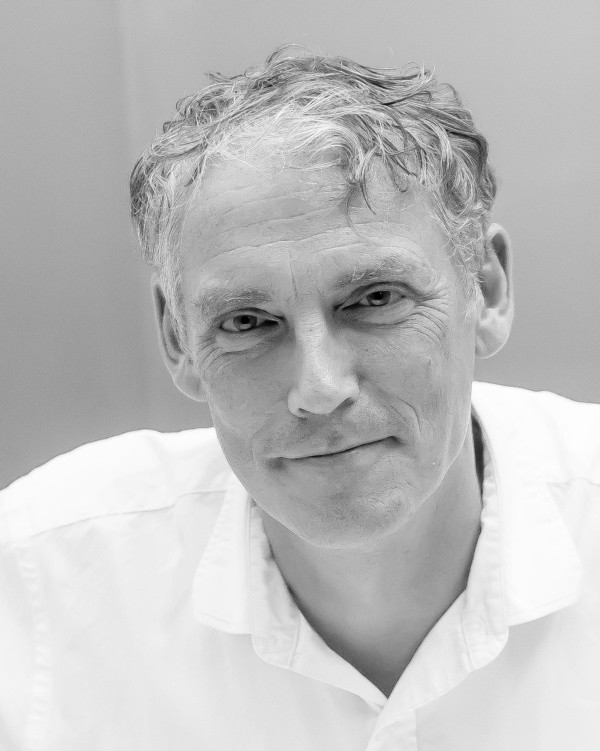 Alan Organschi is a principal and partner at Gray Organschi Architecture, an architectural practice in New Haven, Connecticut recognized internationally for its integration of design, construction, and environmental research. He is also the founder of the fabrication workshop and construction management firm JIG Design Build which in 2018 created the Ecological Living Module, a fully self-sustaining micro house for the United Nations Environment Program.

In April 2021, Mr. Organschi was appointed Director of the Innovation Lab at the Bauhaus der Erde (Earth Bauhaus – www.bauhausdererde.org) a global interdisciplinary initiative that seeks to transform the building sector from a major source of anthropogenic environmental and social impact into a regenerative and ecologically sensitive means to meet the housing and infrastructural needs of an urbanizing global population. In that capacity, he will direct the development of the Lab, its experimental projects, public programs and trans-sectoral collaborations with global partners.

Mr. Organschi continues as a Senior member of the faculty at the Yale School of Architecture where he has taught architectural design and building technology for two decades. During the 2019 and 2020 academic years, he also served as the Portman Critic at the Georgia Institute of Technology School of Architecture. The findings of the research and design work of the studios he conducted were published in the two-volume collection entitled Technosphere/Biosphere.

His ongoing research project, the Timber City Initiative (www.timbercity.org), examines the application of emerging structural wood fiber technologies to the construction of global cities. Timber City has been awarded grants from the Hines Fund for Advanced Sustainability Research in Architecture, the US Forest Service Wood Innovation Grant program and the SITRA Finland innovation Fund for the Circular Economy. Mr. Organschi has written and lectured extensively on the carbon storage benefits of biogenic material substitution in urban building and is a co-author of the upcoming book Carbon: A Field Manual For Building Designers and the scientific paper “Buildings as a Global Carbon Sink” published in the journal Nature Sustainability in January 2020. That same year, the paper received the Aquila Capital Transformation Award which honors scientific research that contributes to the decarbonization of Europe.

In addition to features in numerous publications, Gray Organschi Architecture was recognized by the Architectural League of New York as an Emerging Voice in Architecture and has received American Architecture Awards for the Storage Barn in Washington, CT, the Common Ground High School in New Haven, and the Ecological Living Module at the United Nations General Assembly in Manhattan. In 2012, Mr. Organschi and his partner Elizabeth Gray were honored for their work with an Arts and Letters Award in Architecture by the American Academy of Arts and Letters.